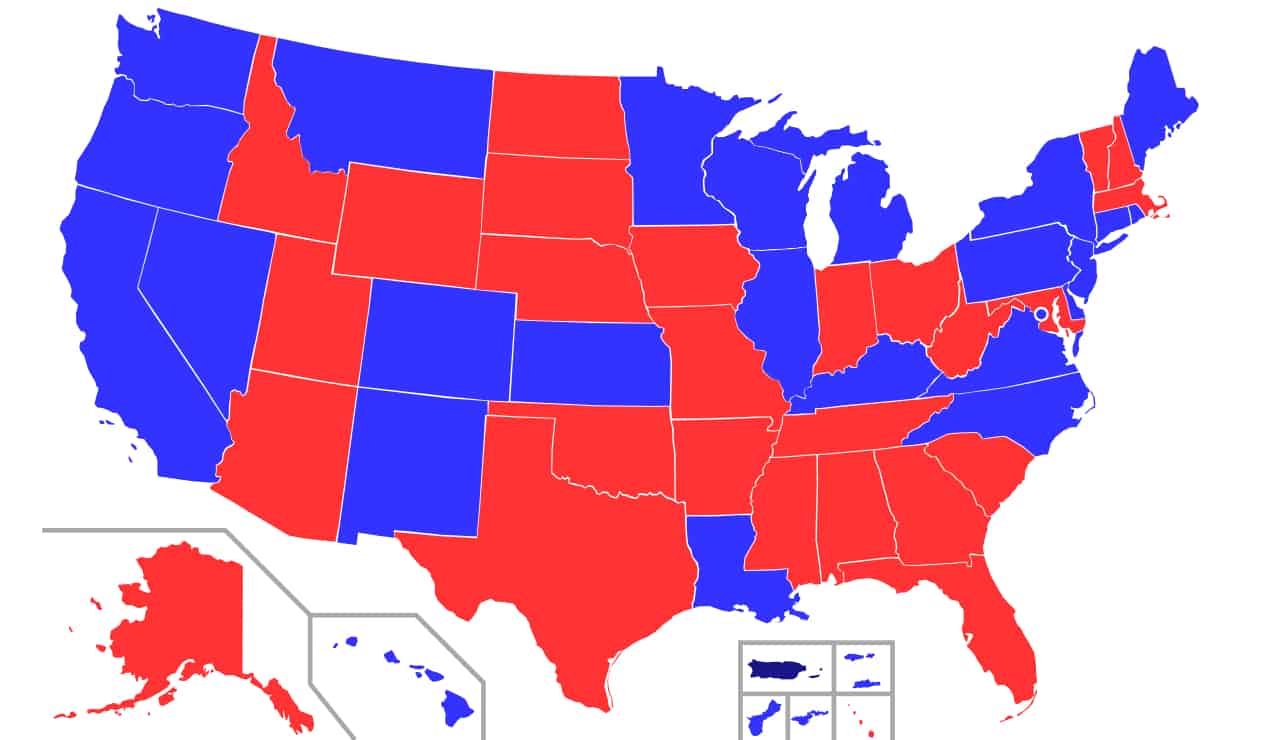 Where to go?  Where to go?  With the economy opening back up, income property investors are asking themselves where to go with their exchange proceeds.  Life has changed in the pandemic’s wake and it’s foolish not to take this into consideration when deciding where to reinvest.

We now know that the largest share of coronavirus cases appeared mostly in blue states and districts, primarily in densely populated urban metropolitan areas with large minority populations.  Despite the comforting bromide, “We’re all in this together” the harsh reality is we’re not.  Large cities, particularly those that are geographically constrained, result in much greater population density.  It is this density that serves as a demographic Petri dish for the coronavirus.  For historical reasons, these metro areas are primarily found on the eastern seaboard and across our nation’s northern tier.

It is these cities that received the vast majority of immigrants in the late 19th and early 20th centuries.  Sharing cultural and linguistic affinities and with little money, they naturally congregated in the city’s poorest neighborhoods.  As population density increased, living conditions deteriorated.  Long before Covid-19 raised its ugly head, these neighborhoods were regularly swept by viral epidemics.  Other than the ethnicity of resident populations, little has changed.

This is why these older, geographically more compact cities and their minority populations have been hit so hard.  For years they have been hollowed out economically as the financial disparity between the technically educated upper middle class and service populations has grown.  Now they are being hollowed out epidemiologically.  How far this will go once the pandemic becomes chronic rather than acute is anyone’s guess.  However, in the interim its consequences are being exacerbated by politicization of the virus.

As blue states and districts, these areas are represented mostly by Democrats.  Those areas less affected by the virus such as the Sunbelt and Midwest are represented largely by Republicans.  Due to their very different experiences, the latter are already opening back up for business while the former are still locked down to a large extent.  Unfortunately, this will likely accelerate the out migration of people and money from these “closed for business” states.  The likely recipients will be red states like, Florida, Tennessee, Georgia, Texas, Arizona etc.  If accurate, this could have a positive effect on these places in terms of accelerating their economic recovery and reopening the wealth creation spigot.

So far, these states in the South and Midwest that have advanced most in reopening, have not experienced a surge in new cases.  Other, more densely populated areas in the North and Northeast have not been so lucky.  Therefore, it is only sensible for income property investors to consider exchanging into new real estate where disease vectors are the most benign.  This is the South and Midwest.

It just so happens these are many of the same areas that are most attractive from a business and capital formation standpoint.  This is because income taxes are lower, the regulatory environment more friendly, infrastructure better, building costs lower and housing more affordable.  Ironically, Texas with no income tax is ranked by many polls as having the best business infrastructure in the nation.  While New York, with some of the nation’s highest taxes is ranked among the worst.

With the national reach of many DST property programs and the professional management they offer, you can now attempt to put yourself and your hard earned equity in front of this curve.  In so doing, you may escape the worst consequences of local governments that may be inimical to landlord rights and other hostile, environmental forces beyond your control.

It should go without saying that the civil unrest reverberating across many blue state cities and attendant violence is inimical to investment.  When businesses are looted and burned a further hollowing out of the community occurs.  Capital may simply migrate to those places where there is less risk. DSTs enable you to participate in the process.  Why wait for even more damage to be done?