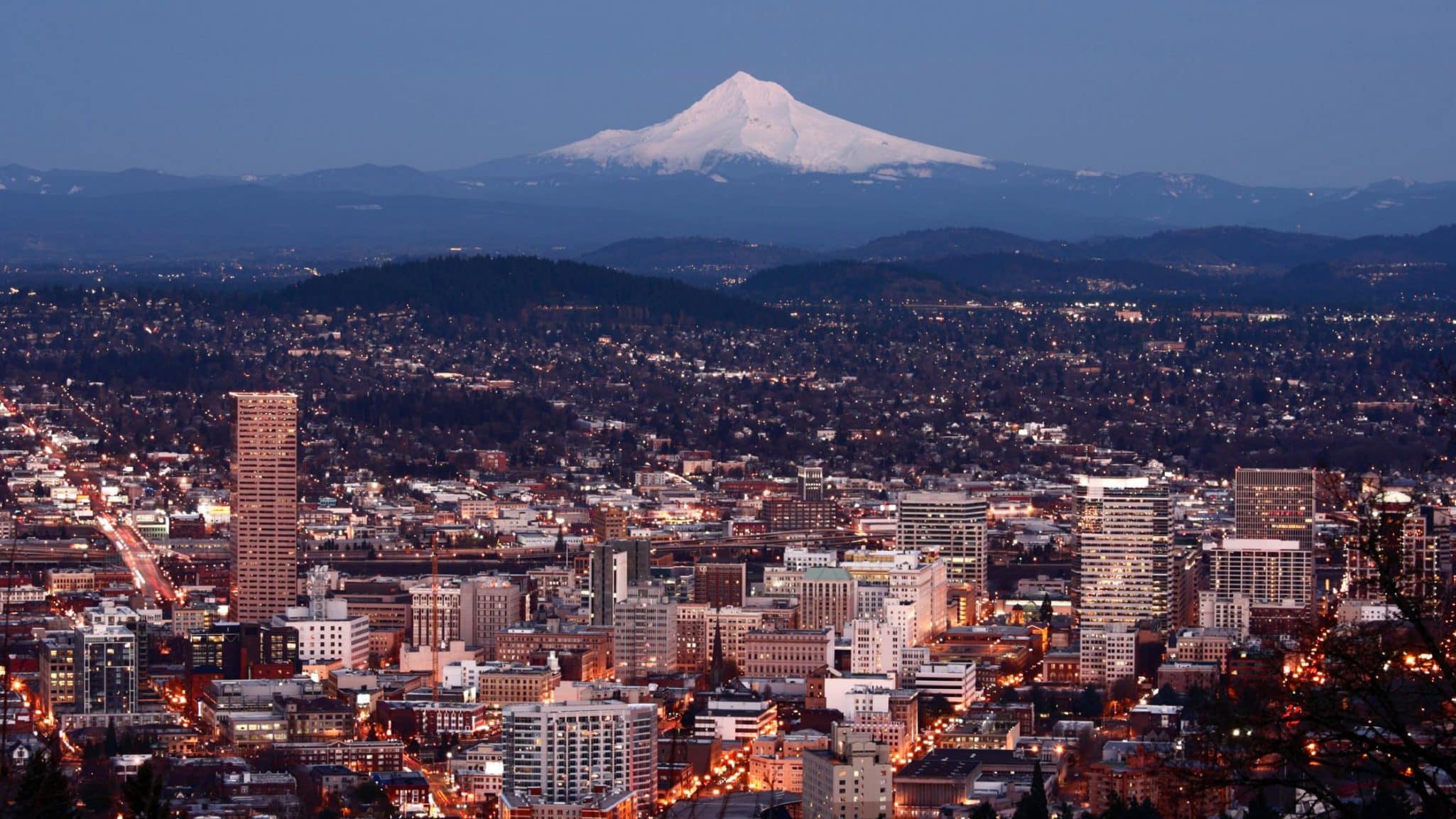 I’m not a big fan of the left leaning Oregonian newspaper.  However, even a blind squirrel can find a nut once and a while.

In it, he recounts the struggles the company faces with inner city violence near their 15,000 square foot commercial kitchen, “Threatened.  Propositioned for sex.  Followed with a knife.” CEO Kim Malck says.  “(Our employees) work a full shift, then go out and find their car so damaged they can’t drive home.  That happens a lot.  Several times a month.”

Welcome to Portland, the dark heart of progressive government failure.  If it cratered in California, we’ll try it here.  Who then, can property/business owners turn to?  Municipal government of course.  However, this is the very same government, led by that paragon of manly virtue, Ted Wheeler, that turned a blind eye to 100+ nights of rioting and property destruction in the recent past.

Where politics is concerned, leopards can and do change their spots.  Wheeler, who ordered police to stand down in the face of ANTIFA terrorism and characterized National Guard deployment as a Fascist invasion, now seems to comprehend at least some of the cost incumbent in defunding police.

However, words mean little and real action is hard to come by where Portland City Hall is concerned.  This is exacerbated by the scorn heaped upon business owners by the literati such as Lewis & Clark College history professor Elliott Young and Portland Mercury editor Steven Humphry.

So, Portlanders are faced with a dilemma, bite the bullet, stay the course and hope things improve in the current leadership vacuum or pick up sticks and move.

Pre-pandemic and the draconian blue state business lockdowns that came in its wake, we predicted a reversal of the decade long urban in migration of people, money and business.  Housing had become prohibitively expensive and quality of life sharply deteriorated.

Subsequent progressive government failure from a policing, substance abuse and homelessness standpoint has made this worse.

However, supportive as local business owners may be of their community, it is unrealistic to expect this to change soon.  The secular progressive philosophy that dominates west coast governments is a religion.  Therefore, its tenets are not open to question or subject to change no matter how abysmal its failure.

To do so brands one an apostate.  You are then thrown out of the “church” to wander alone in the wilderness.  Politicians of Ted Wheeler’s stripe clearly do not have the stomach for this.

If the powers that be are unwilling to guarantee the safety of your person or property, the only option is to leave.  For rental property owners, this is where DSTs come in.  With the industry now in its 22nd year and billions of dollars of income producing property under management, you need no longer be held hostage to a city which does little or nothing about drugs, crime and squatting.

Business and property owners can easily avail themselves of this nationwide remote ownership platform to redomicile their hard earned equity to a city or state more business friendly.

This is why so many current DST offerings are in red states.  It is no secret that a profound socio-economic bifurcation exists in our nation.  Investors often ask about it, expressing concern that it may have run its course.

We strongly doubt this.  It seems to us that things are becoming more polarized, not less.  If this is indeed the case, business and income property owners must ask themselves, “How long can I afford to wait?”

Inaction on the part of left learning municipal governments where reining in violence is concerned obviously has had a negative impact on property values.  It also serves as a big disincentive where attracting and keeping good employees is concerned.

Therefore, the course of action every investor should consider is whether it is time to pick up sticks and move.  Channel your own, inner Elon Musk and move your business or properties to a safer environment that offers significant tax advantages, a ready and willing work force and a government unwilling to tolerate woke nonsense.  As Ron DeSantis famously said, “Florida is where woke comes to die.”  DST properties are here and they may help.